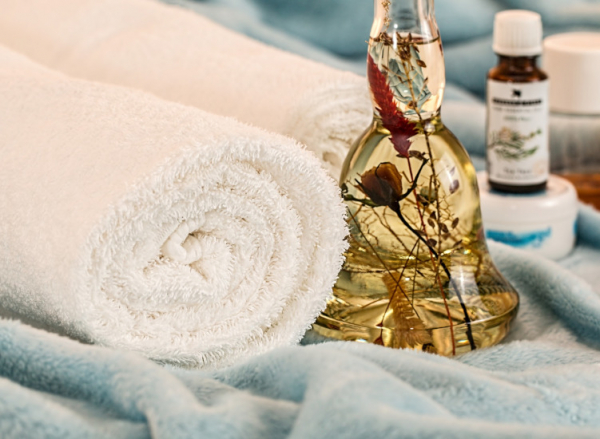 Andrographis is an Ayurvedic herb with proven properties in reducing the severity and duration of influenza. It has also been proven to relieve symptoms of upper respiratory tract infections, including pharyngitis. There is an extract from its leaves available on the market, which contains min. 10% of andrographolides, which is the most important active substance.

Hailing from ancient India, Ayurveda is the world's oldest medical-philosophical system. Its name comes from the words ayus (life) and veda (knowledge). It is based on treating a person as a whole, physically, mentally and spiritually. This imbalance results in diseases that Ayurvedic doctors have treated mainly with herbs. Since 1979, Ayurveda has been recognized by the WHO as a concept of health and therapy.

One of the herbs used in Ayurvedic medicine, known worldwide today, is Andrographis. It is an annual plant that grows in India and Sri Lanka in damp and shady places. It reaches a height of 30 to 110 cm. Of its parts, leaves are used for health purposes.

This plant includes as many as 28 species, but only a few of them are used in herbal medicine. Due to the highest content of andrographolide and the accompanying active substances, the most valued is Andrographis paniculata.

Andrographolide, which is the most important active substance found in the plant, gives the plant a characteristic, extremely bitter taste. Thanks to it, it has antimicrobial and anti-inflammatory properties. In addition, it supports the immune system to better respond to infections.

Research has shown that this herb helps reduce the severity and duration of flu. Compared to 469 patients taking the antiviral drug amantadine, 71 of those taking andrografis were significantly relieved of cold symptoms within three days and were less likely to develop the more serious flu.

On the other hand, after conducting at least 8 clinical trials involving over 1,000 people, it was found that the substances contained in Andrographis paniculata were better than placebo in relieving the symptoms of upper respiratory tract infections, including pharyngitis.

Andrografis reduces all symptoms of colds, i.e.
- headache, throat and earache
- cough and a runny nose
- fever
- tiredness.
In addition, it can help prevent colds, if taken daily in the winter months.

In one study, the extract of this plant fared better than Echinacea, a popular herb for colds in children and adults. Those who took andrografis had significantly less nasal discharge. The properties reducing inflammation of the throat and tonsils have also been confirmed.

The properties of this plant prompted Hepatica to introduce a supplement that contains Andrographis paniculata extract. It is standardized to the content of min. 10% andrographolides do not contain any additives. One capsule contains 230 mg of extract from leaves that were collected in India.

Thanks to the guaranteed, minimal proportion of this most important active substance, Andrographis supports the functioning of the immune and respiratory systems. However, it is worth mentioning that it also supports digestion and liver function, and thus the physiological cleansing of the body. In addition, it helps to maintain normal blood glucose levels as well as healthy and flexible joints.

Tweet
Published in Health
More in this category: How to fight the winter blues? »
back to top
To Top